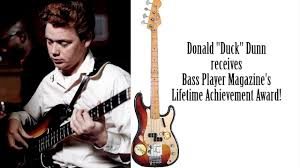 One of my bass guitar heroes, Donald (Duck) Dunn, personified that playing less is sometimes much more. He had a long career as a backup musician, studio musician and a noted member of many rock and soul bands. If you haven’t heard of him, I guarantee you’ve “heard” him. Here is a short list of performers he’s backed up on bass. Otis Redding, Sam and Dave, Rufus Thomas, Carla Thomas, Eddie Floyd, Johnnie Taylor, Albert King and Elvis Presley.

When I said above that he was all about less is more, I was talking about his economical style of playing. His playing was relatively simple, but his groove was incredible. He defined “locking in” to the drums and whatever instruments he was backing.

His sound was a tone that any bass player would be glad to copy. His tone was both deep and clear. He played a 1958 Fender Precision for years and he popularized this wonderful instrument among musicians. The amp he used was an Ampeg B-15 in the studio, but then went to a Kustom 200 for gigs. Duck used Ampegs for most of his career.

Duck and his boyhood friend, guitarist Steve Cropper, were session musicians for Stax Records. The other Stax musicians were Booker T and Al Jackson on drums. These four comprised Booker T & the M.G.’s. They had many hits, including the instrumental, Green Onions. 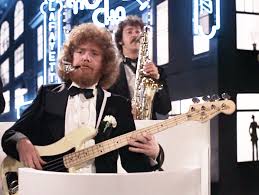 Then came the Blues Brothers, John Belushi and Dan Aykroyd. He was in both of the movies and could be seen happily smoking his pipe and pumping out the bands groove.

Duck Dunn passed away in his sleep at the age of 70 while on a tour of Japan. If you want to hear some of my favorite Donald Duck Dunn bass playing, check out these samples. “Sitting on the Dock of the Bay” by Otis Redding. “Born Under a Bad Sign” by Albert King. “Green Onions” by Booker T and the MG’s. If you haven’t heard the Duck before, this will give you a taste of the great sound of one of my favorite bass players.

This site uses Akismet to reduce spam. Learn how your comment data is processed. 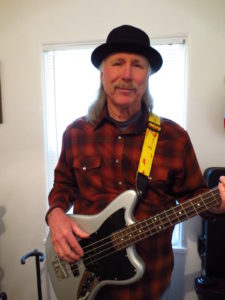 As an Amazon Associate I earn from qualifying purchases.

We use cookies to ensure that we give you the best experience on our website. If you continue to use this site we will assume that you are happy with it.Ok